How to integrate a RESTful API with a SOAP API

SOAP is a protocol that is often used as the interface for legacy systems and commonly with ERP systems.

SaaS applications will typically offer a RESTful API. Integrate SaaS with a legacy system or ERP system that uses a SOAP interface is a common challenge.

In this article we will show to integrate a RESTful API with SOAP.

Watch this downloadable demo in action

Line by Line: How this "REST to SOAP API" Demo works

Placing an order in the Demo ERP UI

The workflow starts by placing an order in the ERP API. Upon placing the order, the Scheduler Endpoint:

that is polling in the background will trigger the service: 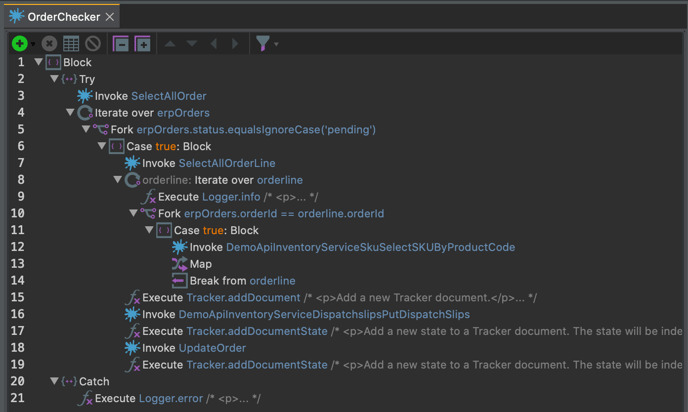 The Scheduler Endpoint \\demo005-rest-to-soap\Endpoints\sync-dispatched-orders is also being polled in the background. This endpoint checks the dispatch slips from the Inventory API, and checks if the dispatch has been shipped. The endpoint polls every 15 seconds, and triggers the service:

The Martini Scheduler Endpoint \\demo005-rest-to-soap\Endpoints\sync-sku-stock polls every 5 seconds, and triggers the service \\demo005-rest-to-soap\code\demo005\services\scheduled_services\martiniEndpointServices\SyncSku. This service calls to Services used as a Function to pull SKU stock levels from Inventory API, and update the stock levels in the ERP using these levels.

Logging the transactions to Tracker